So where should you file your applications?

A question that we are often asked to help with is the decision on which countries to file applications in.  This is a really important question, because intellectual property rights are territorial and so if you miss a country out then you aren’t covered there.  It’s no use pointing to IP rights in the neighbouring countries, they won’t help.

Another concern is that with patent rights, it’s usually a one-time opportunity to file.  We can delay the final decision date – usually up to 2½ years from the first filing – but that date arrives eventually.  If you don’t include a country at that stage, then the option is (usually) gone and you can’t add them later. 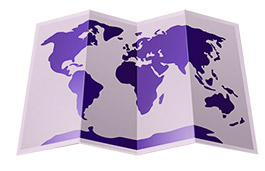 However, you can’t just throw all the possible countries into the mix, because the foreign filing stage is often the one at which the costs start getting serious.  Each additional country increases the bill noticeably, and the last thing we want to see is a fledgling company with an impressive range of IP filings but no money left to bring the product to market.  There has to be a balance!

The thing you have in your favour is that an IP right is usually enforceable against anyone trading in the country concerned – whether they are making something, selling it, importing it, or exporting it, or some combination of those.  There are nuances that arise in the enforcement process if they are merely a reseller, for example, but these can be dealt with.  So that means you can create a strategy around either the major markets for whatever it is that you’re producing, or around the areas where competitors might be based, or some combination of the two. 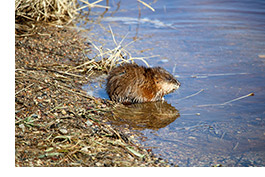 Say, for example, that the thing you make is only useful in certain geographical locations.  I once acted for an animal trapper who invented a painless and ethical trap – he picked Europe, the US, Canada, the ex-Soviet states on the Steppes, and he was done.  Another client produced bits that were useful for the oil extraction industry – again, the list of states is easy to write down.

Or you might be making something that needs special skills, or close-by natural resources, or the like.  If so, cover those countries and you’re done.  Another client of mine produces very high-tech devices that integrate MRI scanners and radiotherapy systems that deliver precise x-ray beams to treat cancers; they can be sold essentially anywhere (cancer doesn’t discriminate…) but there are only a few companies in the world with the skills to compete with them.

You don’t need to cover everywhere, as well.  Ask yourself; if you were planning on setting up a competing operation, and only a small fraction of the European market was available to you, would it be worth setting up?  Equally, if someone does set up but can only compete with you in their local market, is that going to be a problem for you?

So, in the end, it’s about business planning.  List your competitors, and your potential competitors, and sort them by the level of threat they present.  Assess your markets and rank them by value.  Cross out the minnows at the bottom of both lists.  Look at what’s left, and ask yourself; What’s the smallest list of countries that covers one of those two lists? 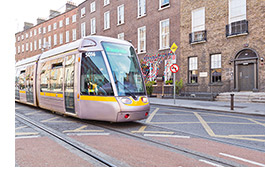 As part of our growth and part of our preparations for Brexit (whatever form that may take) we have now established an office in Dublin. This means that we will continue to represent our clients before the EUIPO as the Republic of Ireland will remain an EU member state after Brexit.  I have recently qualified as an Irish trade mark attorney, and have registered with the Irish Patents Office to carry out patent work in Ireland, so if you have any questions about Irish IP law or have future plans to file patents or trade marks there then please don't hesitate to get in touch. Details of our Ireland office can be found on our website.